February 3rd is setsubun (節分), which is a day that is considered to divide the two seasons, spring and winter. Technically, there are four setsubun, risshun 立春, rikka 立夏, risshu 立秋, and ritto 立冬, since there are four seasons, but it is only the setsubun in February that is widely celebrated across Japan. The date of setsubun used to be changeable, as previously it was on February second and fourth. However, setsubun has been on February 3rd for the past 30 years. In ancient Japan, people used to believe that as seasons were changing, evil energies would become more prominent. The people during ancient Japan followed a custom to scatter soybeans to disperse the evil energies. The oni or ogre became the symbol that represents the evil energies.

The custom is still practiced today, where people scatter soybeans towards a person who dons a mask of an ogre (鬼 oni）or they figuratively throw the soybeans outside saying oni wa soto, fuku wa uchi. Oni wa soto, fuku wa uchi literally means ogre is outside and happiness is inside. Also, the Japanese believe that if you eat the number of soybeans equal to  your age on the day of setsubun, you will live long. For example, if you are eight years old you should eat eight beans to gain longevity.

Masks come with some soybeans, but soybeans are also sold independently. So you might need to purchase a mask independent of soybeans if you would like. At many kindergartens in Japan, children usually create a mask of an oni or ogre with paper and a rubber bands before setsubun.

At the Naritasan Shinshoji temple in Chiba, entertainers and sumo wrestlers scatter small bags of beans towards the audience from a higher stage on the setsubun day.

In the Kansai region, the western part of Japan that includes Kyoto, Osaka, and Hyogo, there is a custom to eat a rolled sushi called ehomaki (恵方巻き) during setsubun. 恵方(eho) means good direction and 巻き(maki) means roll. Just when you grow old enough to be able to eat rice, you are given one ehomaki by your parents and told to eat it by yourself without speaking one word facing the direction that is considered to bring good luck. The direction bringing good luck changes every year, and this year the good luck for ehomaki is south-southeast.

In the past few years, the custom from Kansai region of eating ehomaki was reported on by media as a unique custom. This increased publicity for the custom of ehomaki was most likely driven by the food industry and led to this custom becoming gradually accepted in other regions of Japan, especially Tokyo. As setsubun approaches, ehomaki is sold in many supermarkets, convenience stores and sushi chain stores in Tokyo.

In his blog, UN Inspector David Kaye said that his scheduled visit to Japan in December was cancelled by the Japanese government….

On September 28th, singer and actor, Masaharu Fukuyama (46), and actress, Kazue Fukiishi (33), announced their marriage together. Fukuyama and Fukiishi both… 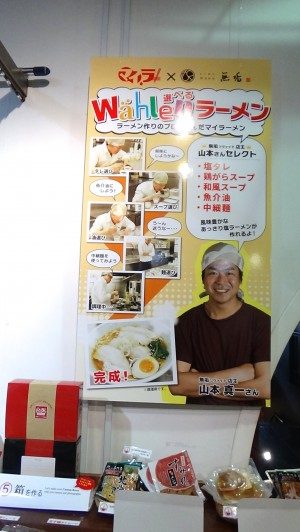 On June 25th, in 2014, Muku Zweite, a Japanese owned ramen restaurant in Frankfurt, Germany opened a second location in the Ramen… 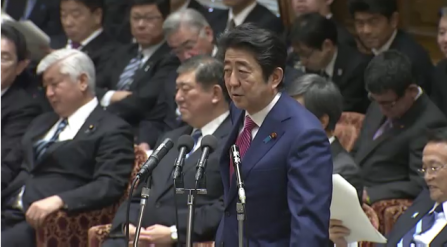 During a meeting of the budgetary committee on February 4, Democratic Party Japan MP Takeshi Shina mentioned that anchors and commentators who…

During a February 17th meeting of the Commission on the Constitution of the House of Councillors, LDP MP Kazuya Maruyama noted that…